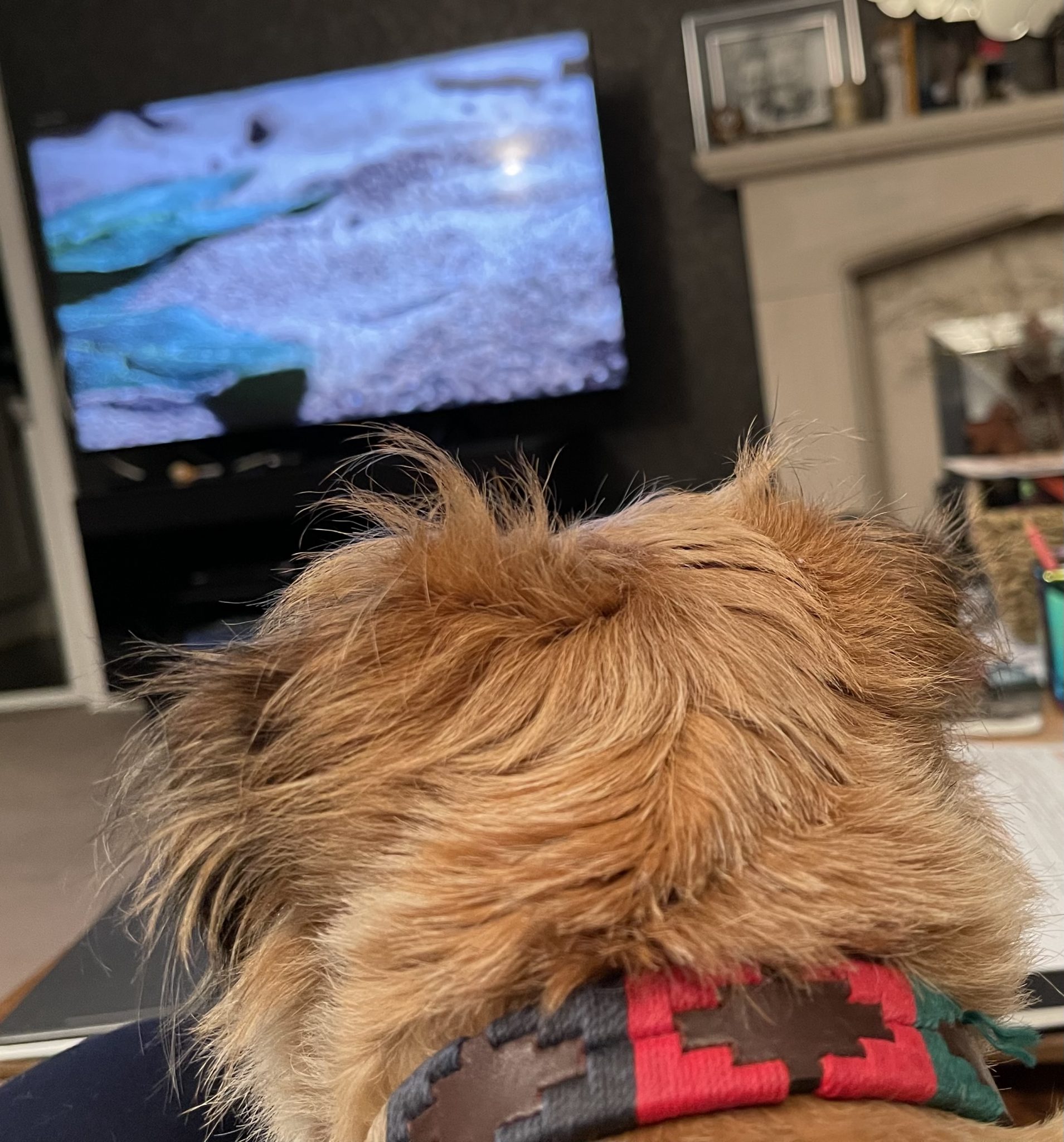 Can dogs watch TV? The other day our puppy, Dodger, was allowed into the lounge for a while.

We were merrily watching David Attenborough’s The Mating Game on TV and suddenly our puppy started to growl. Thinking he was trying to tell us something we started to watch him. The growl grew into a strong and persistent bark and his eyes were firmly fixed on… 2 large turkeys and 1 dominant tom displaying to the hens.

Puppies getting to know the world around them

We guessed he could not only see and hear them but the gesturing image of the birds was intimidating. Listening to the video we also realised that the sound of the turkey gobbling was also similar to his grumbly puppy bark.

So, Can Dogs Watch TV?

Domestic dogs can perceive images on television similarly to the way we do. Dogs are generally smart enough to recognize onscreen images of animals as they would in real life. This can be unnerving if it is a an animal they have never encountered before. Easier if it is dogs and they recognise dog sounds like barking

What type of TV Can dogs see?

Nowadays, our modern televisions (and phones) have high-resolution pictures and clear audio, which offer our pups a clear view into another world. Modern HD/4K TVs are refreshed at a much higher rate, allowing dogs to view fluid motion

poodle pays such rapt attention to the television

Have you ever Face-Timed with your dog? It’s a great way to make face-to-face contact while you’re out of town and your dog is with a sitter.

Your dog almost certainly recognizes your voice. But sometimes, it’s hard to tell whether or not they know what’s on a screen. Does your dog recognize you on a phone or tablet screen?

Dogs, with their higher flicker sensitivity, can’t pick out specific images in all those shifts in brightness and movement. It’s all a bunch of jerky lights and shapes to them.

Dogs take in visual information at least 25 percent faster than humans do. That means they’re great at detecting motion (think about how fast your dog whips her head around when she catches sight of a running squirrel)! But they have a harder time identifying moving images on screen.

Are TV’s bad for dogs?

Regular viewing is fine as long as your buddy is getting enough exercise and attention. The truth is TV can be very useful tool for pet owners. The television tube won’t harm your dog and they probably enjoy it. By comparison, it’s a much better idea for an animal to watch TV rather than letting a human baby do it 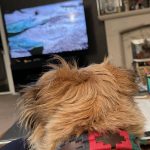 Can TV help dogs with anxiety?

For pups with separation anxiety, the noise can actually help them feel secure. The idea behind this is that you train your furry friend to think of the TV as a safety cue, as well as something that doesn’t remind them of you.

If you do turn to the TV or radio to help your dog acclimate to being apart from you for any length of time, be sure to choose calm programming. Playing anything with loud noises, fireworks, explosions, loud music, or especially barking dogs or ringing doorbells is simply not a good choice.

Is TV mentally stimulating for dogs?
Dogs see television much differently than we do. Dogs have “terrific motion sensitivity,” according to Dr. Stanley Coren, a professor of psychology at the University of British Columbia. It’s all about dog’s heightened sensitivity makes it hard to watch shows at 30 frames per second, the long-time standard for tv programming

How Do Dogs See TV?

It is a known fact that dogs like watching, and learning from other dogs. Animals are naturally drawn to their own species and to watch other canines.

Dodger has been fascinated by the 2022 TV show “Dogs Behaving (Very) Badly” and why the dog is not behind the telly.

However, dogs see the world differently than we do: In a dog’s eye, there are two types of cones versus three in humans, which gives them dichromatic vision. The result is that dogs do not differentiate between as many colours as (most) humans. In addition to that, dogs are much more sensitive to low light conditions.

Beyond colour, different breeds of dogs have varying visual acuity. The visual streak in the canine eye is the area with the sharpest vision. But each breed and individual dog has a different shape and number of receptors. The differences in this eye structure play a huge role in how dogs see the world compared with how we see everything.